News from the field

Our blog is your place for the latest in the agricultural community. Here, you’ll find quick and interesting reads, hiring advice, travel tips for backpackers, day-in-the-life features, and articles on farming safety. 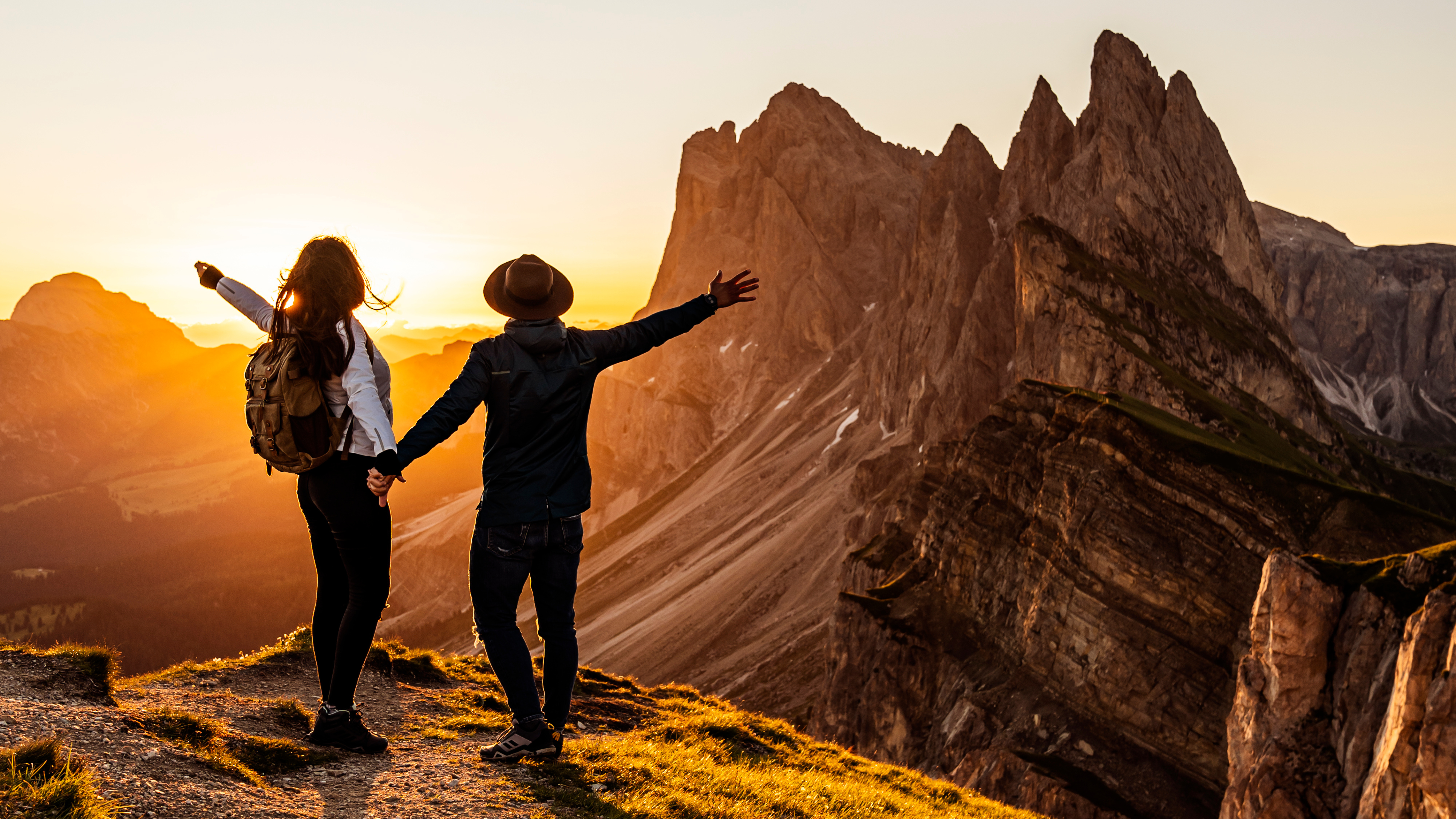 One of the most beautiful places in Australia is Tasmania. Distanced from the Australian mainland by the Bass Strait, Tasmania’s state is one of the most breath-taking ones in the country. Tasmania is quite popular for its idyllic sceneries; in Tasmania you’ll find a gorgeous combination of lush, green mountains, dense trees lining the landscape, white, sandy beaches and a cerulean shore that gives the striking blue sky competition.

Most tourists and foreigners who venture to the beautiful land of Oz and want to take in the true essence of Australia travel to Tasmania. In Tasmania, wonderful people with loving and kind hearts await.

Now, one of the most popular traveling and touring ideas has been backpacking, and with the ruggedly handsome landscapes of Tasmania, the trend has only gotten stronger. Tourists from all over the world look forward to visiting Tasmania in the hopes that they will be able to backpack across the island.

Backpacking Australia just doesn’t happen on a whim; backpackers don’t have a fixed place to stay and need some way to make ends meet. The easiest solution is farm working, when backpackers work odd little jobs at farm in exchange for payment or accommodation. Of course, Tasmania isn’t short on the number of farm working opportunities for backpackers, and in fact, the biggest farm work opportunity is fruit picking.

If you’re a backpacker who plans on touring Tasmania, you’re probably booking for a great working opportunity. Fruit picking is one paid activity which has recently been making the rounds, and is recommended for anyone who wants easy but highly paid work.

To know more about fruit picking as a backpacker in Tasmania, scroll down to read this guide by Left Field:

Benefits of Working as a Backpacker

Why would tourists even want to work when they’re on vacation?

Although the general perception is that people flock to Tasmania for its vacation-worthy landmarks, that is not all they do. People who want to explore the world pick up the activity because it is a much easier and exciting way of touring the world.

Backpackers are not only exploring a land; they’re learning about a place’s culture and traditions, and working alongside backpacking allows them to polish their skills. Now, there are some amazing benefits to working as a backpacker, such as:

Backpackers don’t always have a fixed place to stay, since they are exploring destination to destination. Sometimes, it is also difficult to find accommodation, which is why backpackers will look for work.

In Tasmania, lodges, hotels, national parks and other places are always open to the idea of hosting a person and letting them help out any way they can. Instead of paying for a hotel, backpackers can work at the place of their accommodation in exchange for a roof over their head and warm food three times a day.

As most people who have travelled around will know, always staying on foot tends to be costly, even if they have plenty of savings. Working while backpacking allows people to keep up with their finances.

Why Fruit Pick in Tasmania?

Yes, there are tons of working opportunities, but the few reasons to settle for farm work is:

Tasmania is a proud producer of a variety of fruits and vegetables, which grow throughout the year. Because of its extreme fertile land, there’s no season in Tasmania when there’s no farm work available. You’ll find tons of farm working jobs, including fruit-picking, as a backpacker in Tasmania.

Yes, backpackers will travel to other countries in hope of exploring the world and learning new things, but there’s one motive that beats everything else: peace. Whether backpackers have left the corporate world or are starting out on their own, they want to be peaceful wherever they go. And what could be more refreshing and calming than the sight of lush-green fields in the morning.

Like Left Field has mentioned before, there’s no limit to fruit picking. Different fruits grow throughout the year, so tourists and backpackers won’t have to choose a time to visit the island.

When is the Best Season for Fruit Picking in Tasmania?

In most places, fruit picking has to be done at a specific time of the year. This is not the case with Australia's Tasmania. Tasmania is known to produce a lot of fruits throughout the year, and its yearly production is massive.

Thanks to its fertile soil, Tasmania has no set season for fruit picking. Backpackers can visit any time of the year to fruit pick. However, Left Field realises that some backpackers may be allergic to certain fruits, or may prefer to work for specific farms, which is why here’s a general overview of seasons and fruit crops:

Best Season/Months for Berries: October to May

The heaviest fruit crop in Tasmania is berries, and the island grows various kinds on its land. Blackberries, Raspberries, Strawberries and cherries are grown in Tasmania. 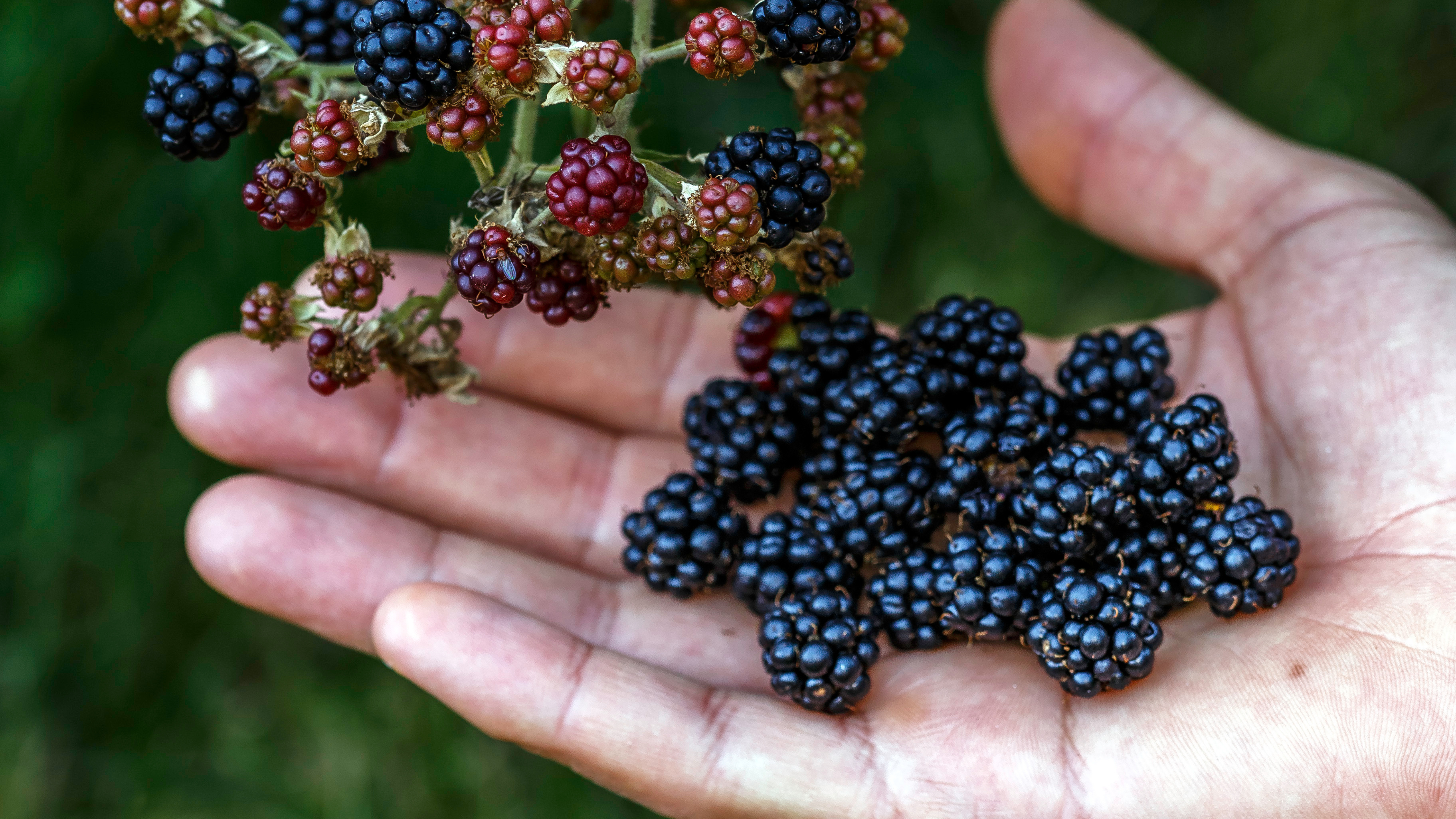 Blackberries grow from January to April. 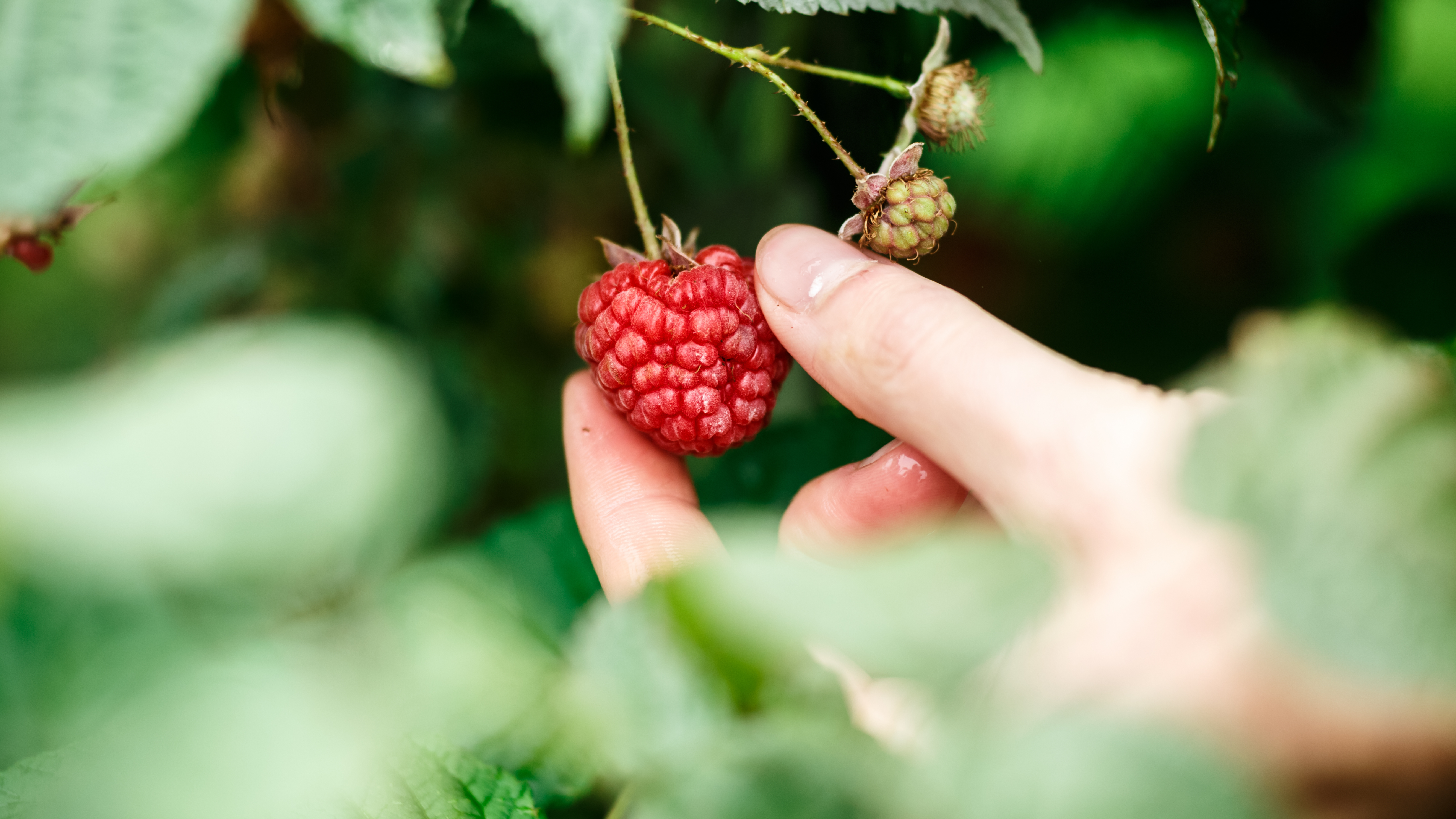 Raspberries grow from December through June. 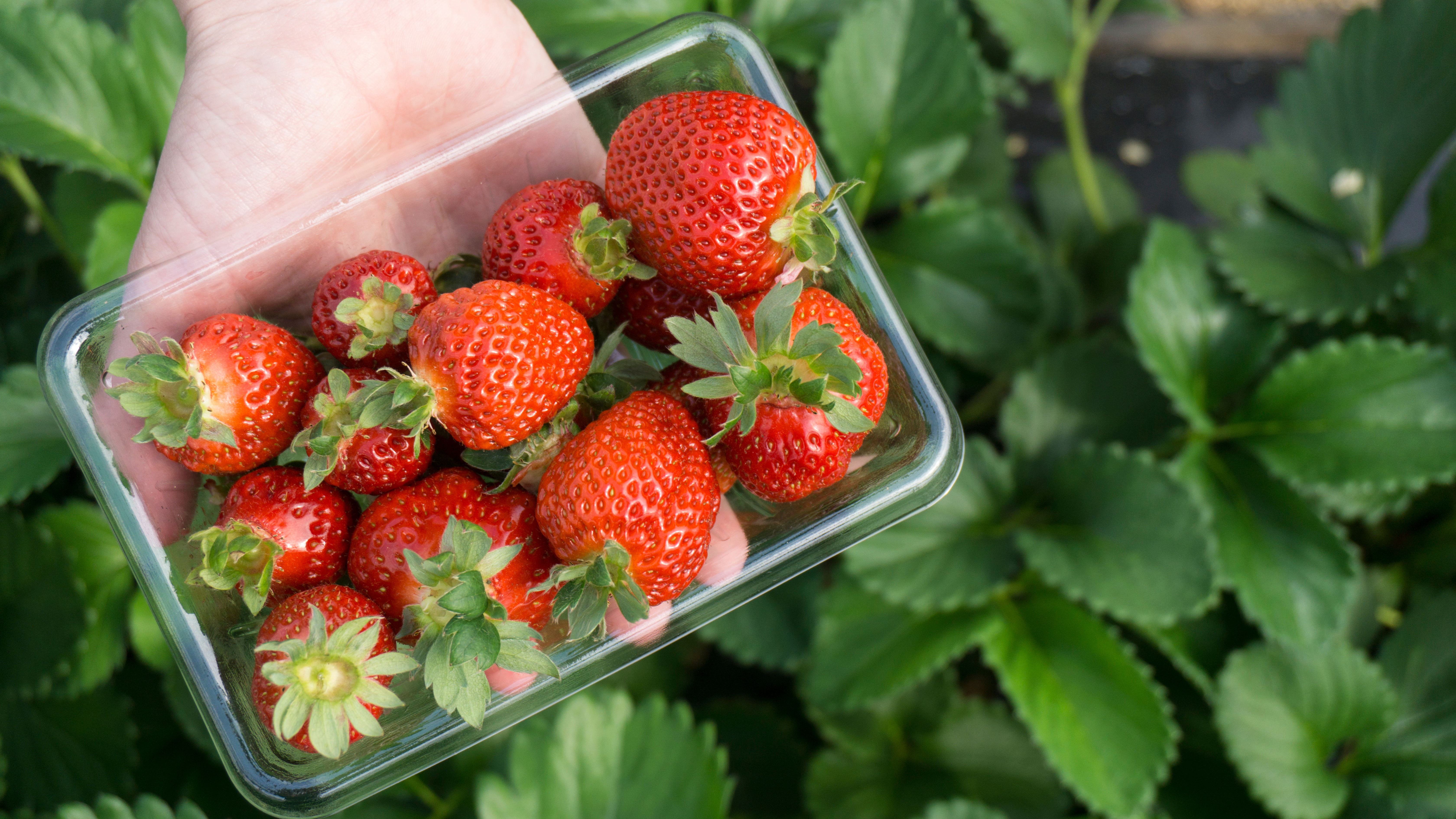 Strawberries grow from October to May. 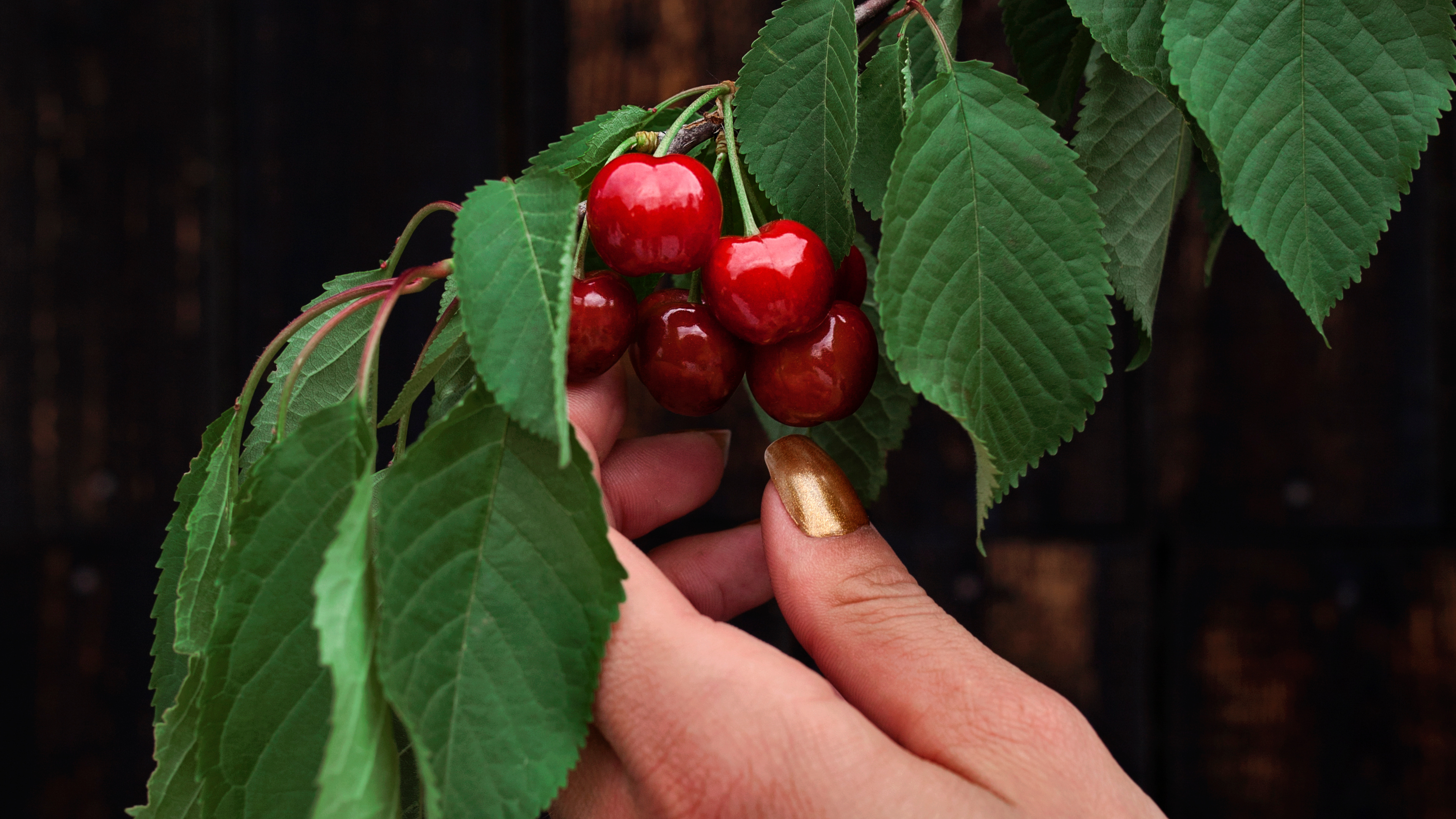 Cherries grow in December, January and February, but are counted as the heaviest crop. 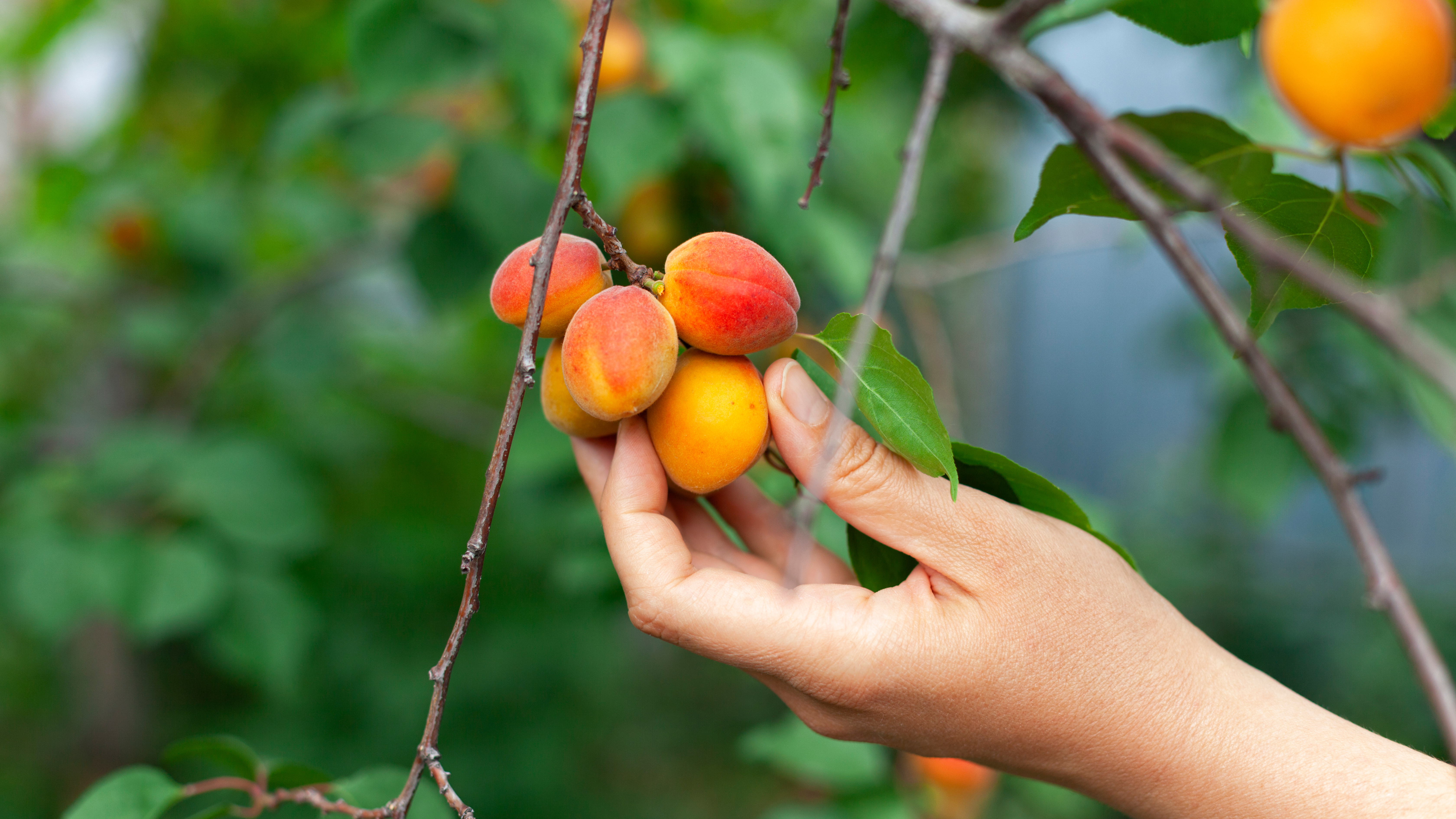 Apricots grow in January and February. 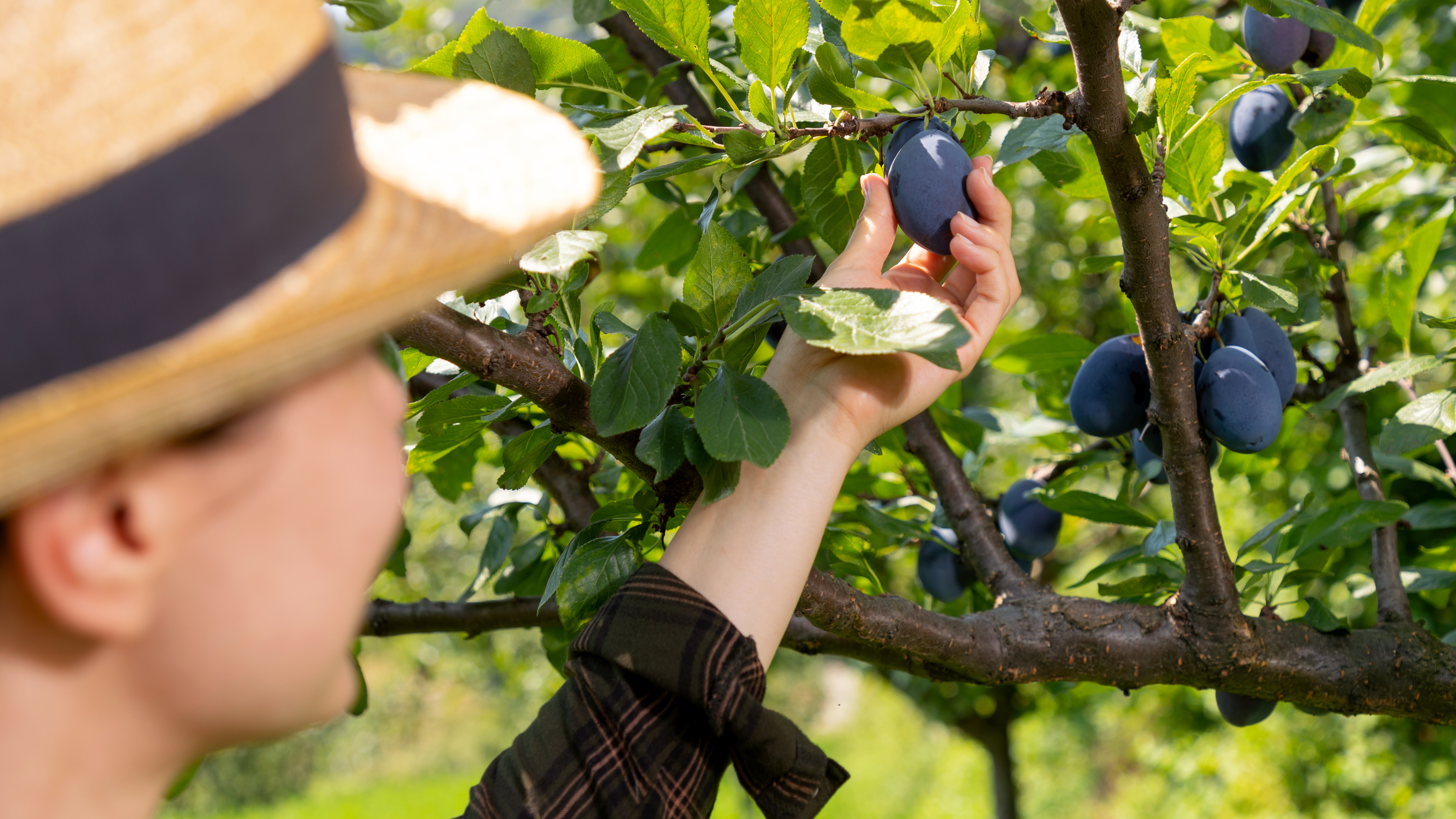 Plums grow from January to April. 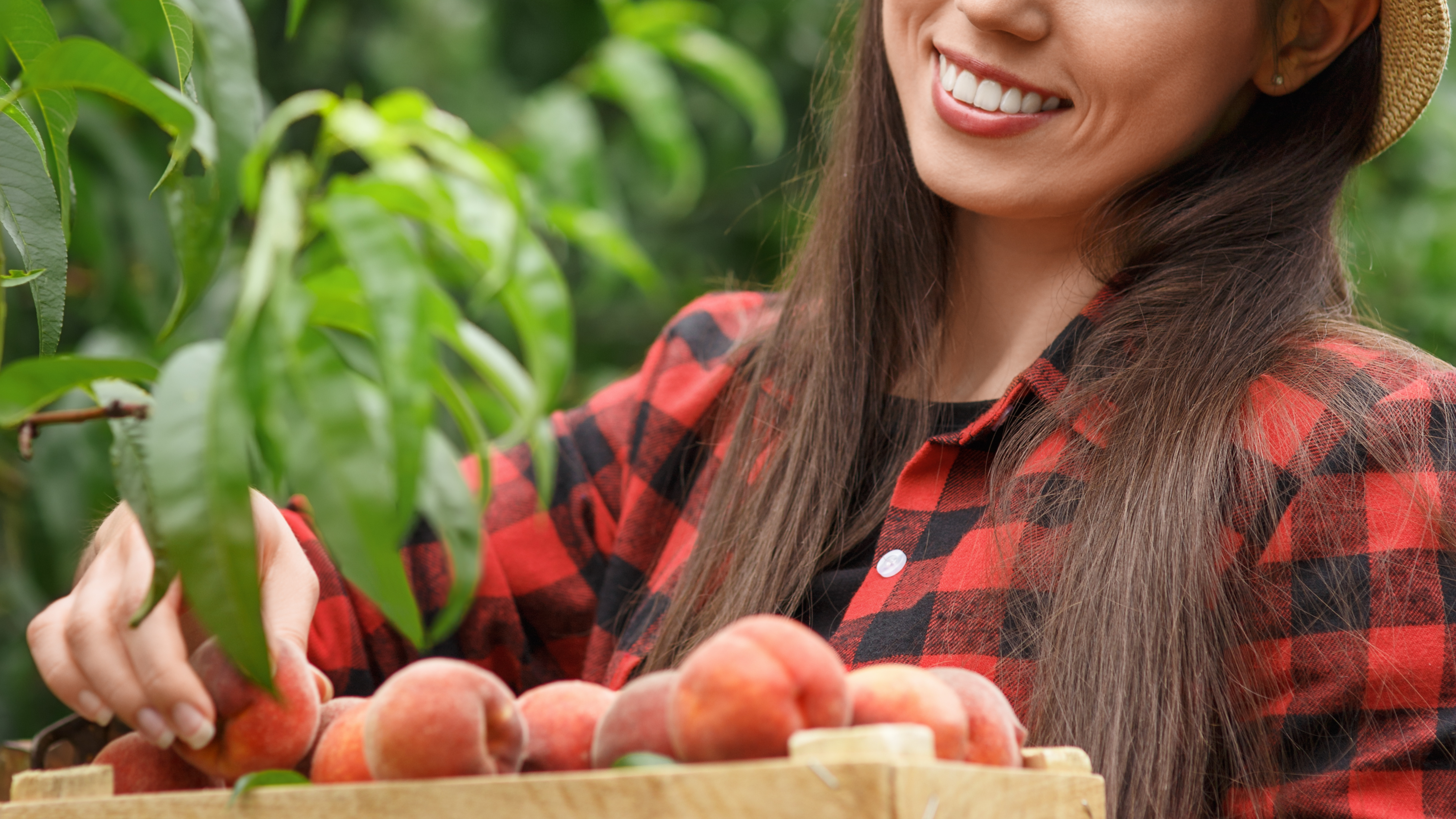 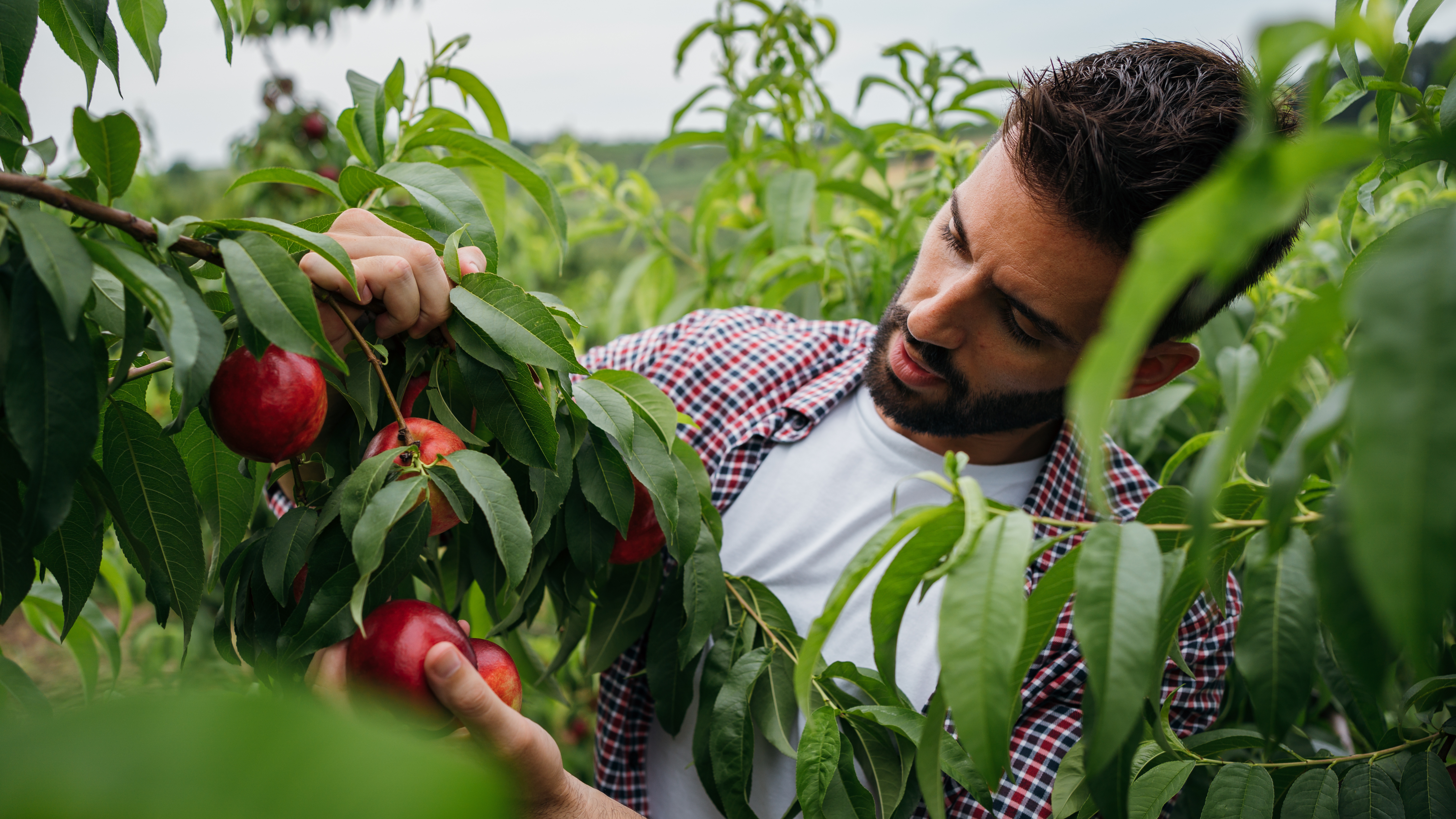 Other fruits which grow in Tasmania include pears and Feijoas. 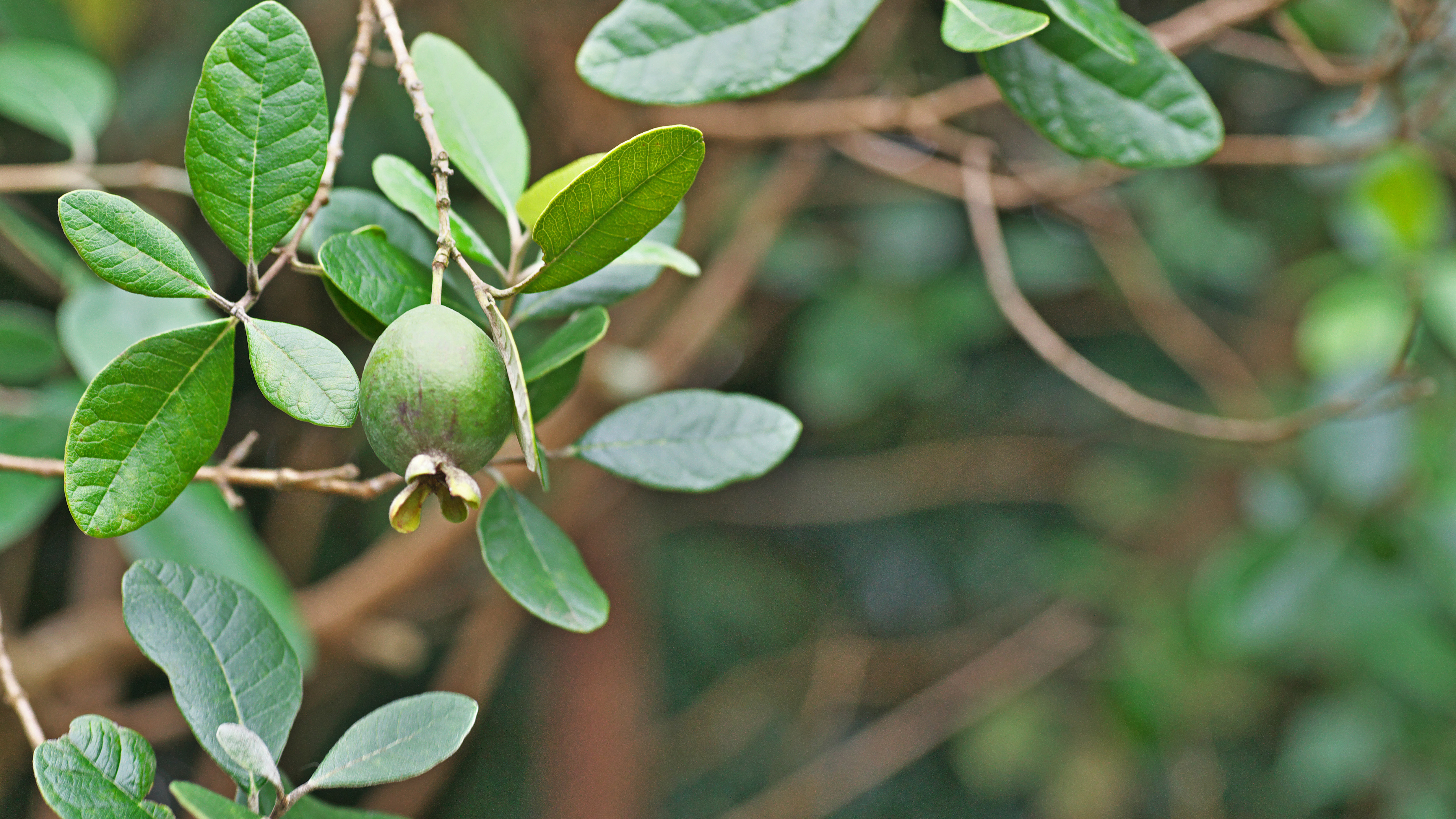 Feijoas grow from May to July. 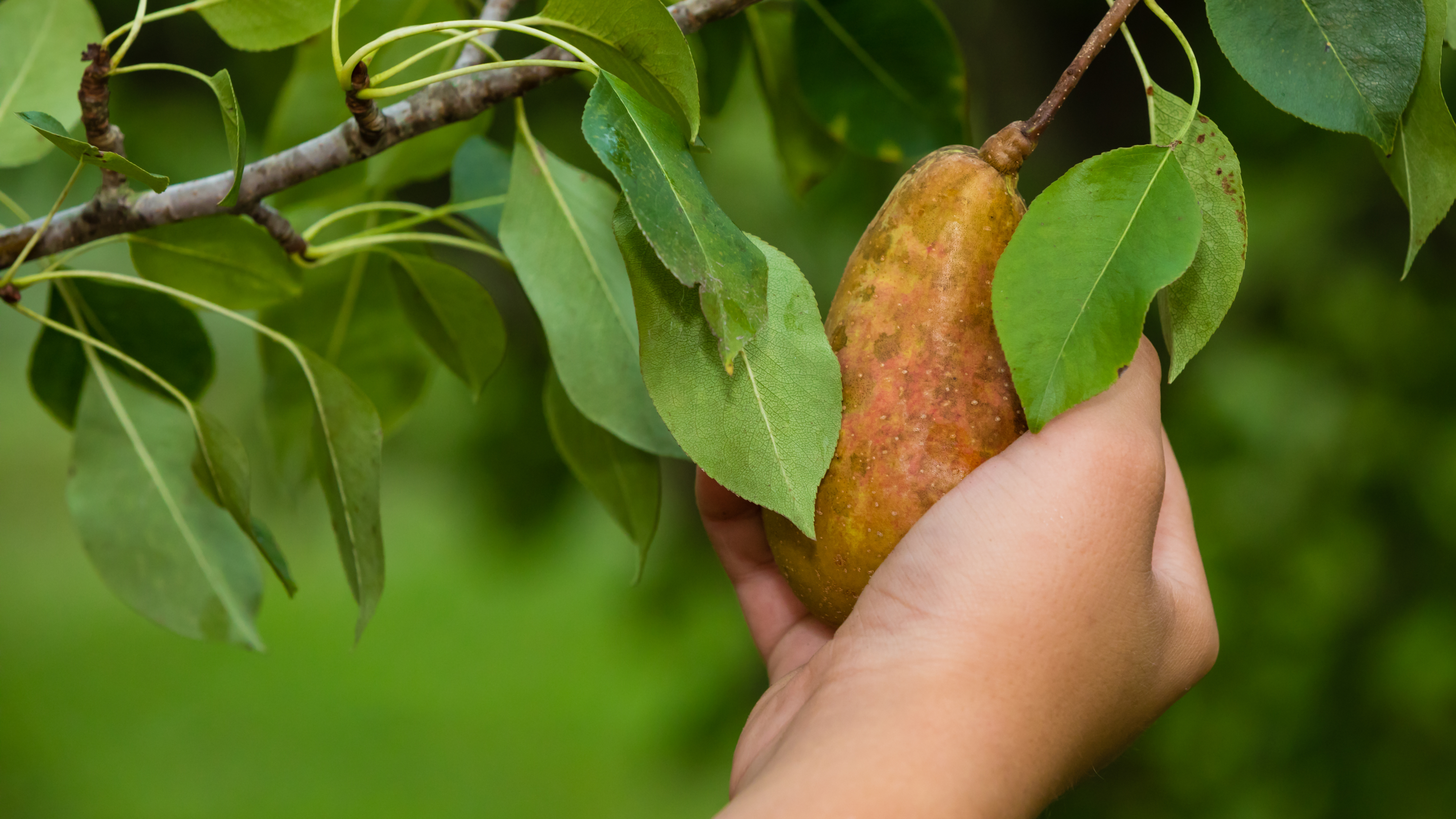 Pears grow in all months excluding December, January and February.

How Much Does Fruit Picking Pay?

Tasmania may have a lot of opportunities for fruit picking, but it does not let it crowd the pay. Of course, for backpackers who are looking for work, the most important question is whether the pay is good.

The answer is a little tricky. Yes, the pay is good, but it varies from place to place. In general, however, a farm working backpacker can expect to earn $26.73 per hour, as a legal minimum - anything less is against the law.

Is There A Fixed Hourly Rate?

Is Hourly Wage the Only Payment Method?

In some cases, backpackers may not be paid at all. Don’t worry though; just because backpackers are not being handed money does not mean their services are going to waste. Backpackers can negotiate on accommodation and living arrangements in exchange for services. For example, a backpacker may choose to rent out a room in a beautiful farm lodge, and the backpacker may request three hot meals a day, in exchange for labour. Of course, the choice does remain up to you.

Dos and Don'ts of Fruit Picking as a Backpacker in Tasmania

While Tasmania does have a lot of working opportunities, getting a job may not be quick. This is because farms have a lot of backpackers applying and asking for work throughout the year, so you may not be the only one with the idea. If you don’t get the work at the few five or even ten places, don’t worry; you'll find an opportunity sooner than you think.

Backpackers think that just because they have successfully started backpacking in Tasmania, they’ll immediately be sorted into the available working opportunities. That’s not true; most backpackers will have to do research before heading for a farm. In fact, Left Field recommends searching online for fruit picking jobs in the area you are staying. The more you keep updated with the world, the easier it will be to be hired.

Some backpackers think that their work is worth more than what the farm is offering. While that is understandable and okay, it is necessary to realise that each farm is offering what it can afford. If you’re finding a job that’s paying lower than what you expected but is still on par with the basic hourly wage, do not harass the farm for better pay. Instead, communicate your needs to the farm owner, and you’ll most likely be accommodated.

Do Learn About the Fruit

Whether you refer to the internet or ask the farmers or supervisors to train you, do utilise whatever resource you have on hand to learn about fruits. Learn about how to pick the right fruit, how to recognise a bad fruit and how to pick fruits which will make the supervisor happier.

Are you missing out on Tasmania?

Tasmania offers exclusivity as well as an exquisite experience, incomparable to all the other states in Australia: https://leftfield.net.au/are-you-missing-out-on-tasmania/.

If you're travelling to Tasmania soon or thinking about it, we have more farm work coming up over the next few months to tick off your 88 Visa days.

During summer and Autumn, farm work will be flourishing across the North West Coast of Tasmania, with lots of gems to explore close by on your days off, such as the famous Cradle Mountain National Park!

New opportunities with Left Field are
always cropping up.

We’re available and happy to hear from clients and those seeking employment. Simply call or email us and a representative will be happy to discuss opportunities with you. Please follow us on social, too, to keep up on the latest business updates. 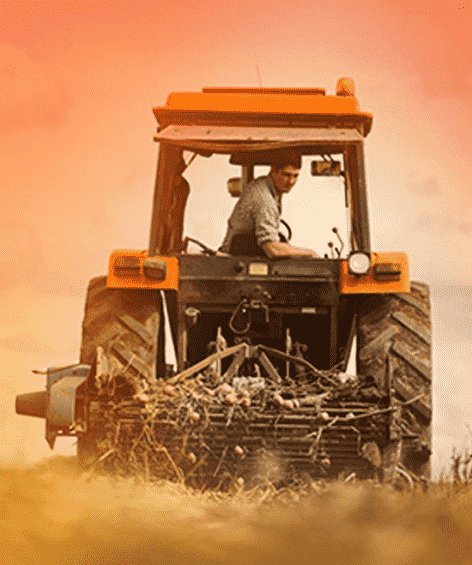